Previously I blogged about my failings at keeping to my knitting plans so today I will blog about what I managed to accomplish in 2013. By the close of the year I was able to finish 13 projects.The damage was:
Seems that I was really into hats in 2013, though I must say that 2 of the 6 hats were Christmas presents, Socks came in second with 3 pairs completed.

Knitting aside, as I mentioned in my last post, I finally put my Spinning Wheel together:

I did not get much spinning accomplished in 2013 but I do plan on changing that this year.

Another thing that I got into was dyeing my own yarn. Unfortunately I did not document my yarn dyeing adventures as well as I should (another thing I need to work more on, documentation). But here are two out of the half dozen or so that I dyed this year: 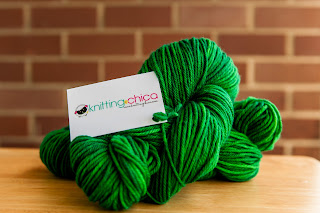 For 2014 I will not make a project plan as I did before. My goal is to work on other techniques that I generally try to keep away from. Such as:
Aside from working on new techniques, I have to work on a sweater for Mr. P and complete two projects that I have had on the needles for a while.

Over all, I guess I did not do so bad. I just need to be focused and be more organized.

Until next time, Happy Knitting!